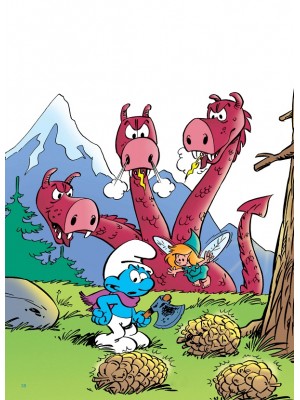 The Smurfs (French: Les Schtroumpfs; Dutch: De Smurfen) is a Belgian comic
franchise centered on a fictional colony of small blue anthropomorphous creatures who live in mushroom-shaped houses in the forest. The Smurfs was first created and introduced as a series of comic characters by the Belgian comics artist Peyo (pen name of Pierre Culliford) in 1958